Recent News
Drive-By Trucker’s previously unreleased first record will finally see the light of day on September 21.
Before the days of Drive-By Truckers, Mike Cooley and Patterson Hood were in a band called Adam’s House Cat. In 1990, Town Burned Down was recorded but never released. Until now that is. You can pre-order the album here ready for it’s September 21 release. You can also listen to the first single to be released from the album, “Runaway Train,” here.
The original recordings of 24-track tapes went missing when Muscle Shoals Sound was sold and liquidated. The mixes had been boxed up and sent to Jackson, MS’s Malaco Studio where they were destroyed when the building was struck by a tornado in 2011.
Then strangely, in 2015, three boxes labeled “Adam’s House Cat” mysteriously appeared in the tape vault of Drive-By truckers producer David Barbe’s studio. The box contained the unmixed master tapes of Town Burned Down as well as another reel containing songs recorded the year previous.
In February 2018, Barbe restored the fragile tapes and they were placed on reels for the first time in more than 25 years. Hood had never been happy with the original recordings of his vocal track, so putting his additional years of experience to play, he re-recorded the entire album in just two hours. Hood, Cooley, and drummer Chuck Tremblay came together for the first time in 27 years to complete the mixing of the album. Finally it was going to sound the way they had always intended it to sound.
“Finally releasing Town Burned Down brings a sort of closure to one of the saddest and most important chapters of mine and Cooley’s lives,” writes Hood in the LP’s detailed liner notes. “The years we spent pounding out these songs made us the people and artists that we have later become, but we carried with us a darkness from never having been able to get the album out. The sound of these songs blasting out of the control room after all of these years while Cooley, Chuck and I grinned from ear to ear has truly been one of the most joyous events of my entire life. Songs from literally half of my life ago that somehow still seem vital to me all of these years later.”
To support the release, Adam’s House Cat will perform together for the first time in 27 years, opening for the Drive-By Truckers in Knoxville, TN on September 27 and Atlanta, GA on September 28 and 29. 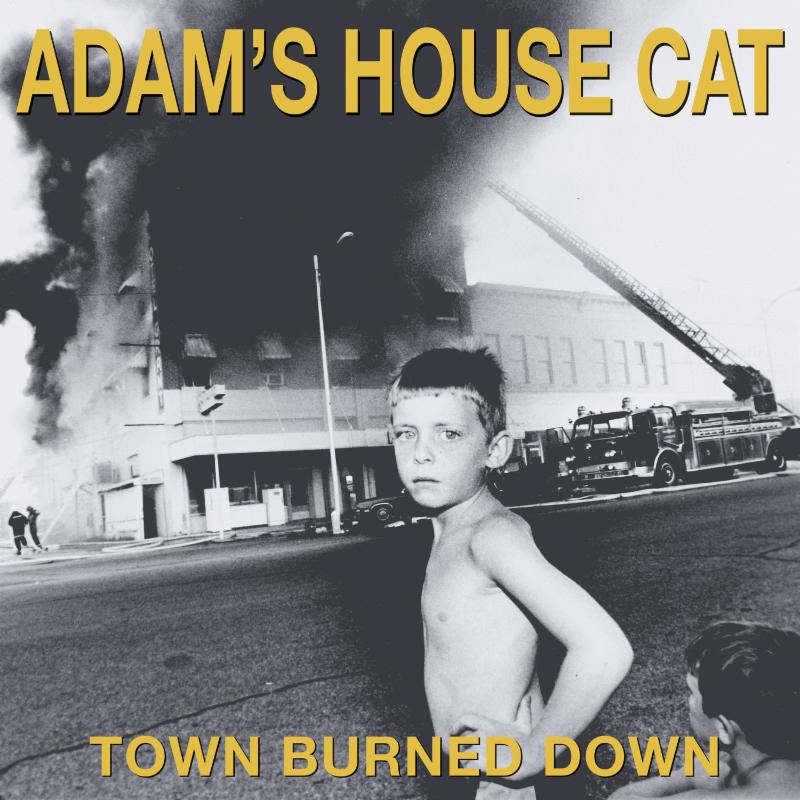 About Kirstine Walton 246 Articles
Kirstine moved from the UK to Chicago in 2011, and has fallen in love with the city and its music scene. She enjoys combining her two biggest passions – music and photography. If there is a band with a guitar playing, chances are she’ll be there…camera in hand. Kirstine went to her first live concert at 7 years old, and hasn’t looked back since!
Website Facebook Instagram Twitter