As Foo Fighters round out the current leg of their Concrete And Gold tour, Dave Grohl has announced a new solo project. The mini-documentary, “Play”, which was directed by Grohl includes a 23-minute song playing all seven instruments on the song himself. The song was recorded live which saw him start from the beginning of the song if he made a mistake or felt he could play it better. He began by playing the drum track from memory without the use of sheet music or guide tracks, before moving on to the guitar, bass and keyboards. 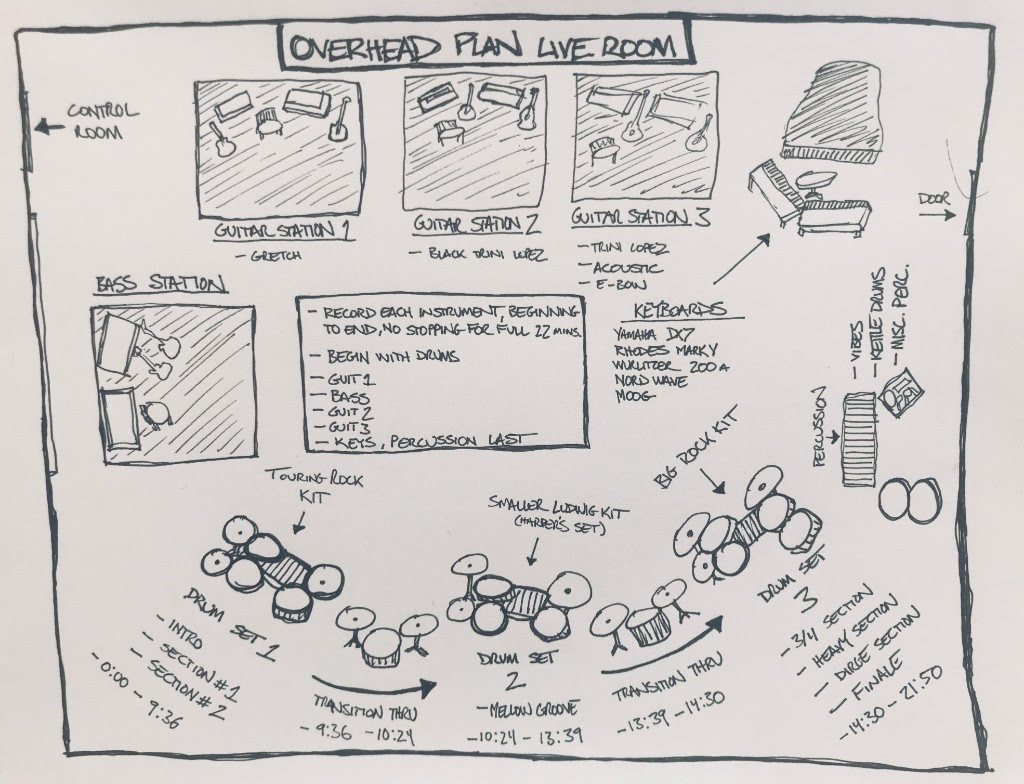 “Watching my kids start to play music and learn to sing or play drums, it brings me back to the time when I was their age listening to albums, learning from listening… and when I take my kids to the place where they take their lessons, I see these rooms full of children that are really pushing themselves to figure this out. And even now, as a 49-year-old man, I’m still trying to figure it out… it’s not something that you ever truly master. You’re always chasing the next challenge, and you’re always trying  to find a way to improve on what you’ve learned.”

The mini-documentary consists of two-parts, with the first part discussing the rewards and challenges of dedicating your life to performing music, and mastering an instrument. The second part is then the 23-minute one-man-band original composition, which is edited together to present all seven recordings in one.

“Play” will be released on August 10th and will be available for digital download and on streaming platforms. There will also be a limited edition vinyl release on September 28th. Click here to pre-order “Play” now.

Foo Fighters are set to start the next leg of their Concrete And Gold tour on 09/01.

About Kirstine Walton 286 Articles
Kirstine moved from the UK to Chicago in 2011, and has fallen in love with the city and its music scene. She enjoys combining her two biggest passions – music and photography. If there is a band with a guitar playing, chances are she’ll be there…camera in hand. Kirstine went to her first live concert at 7 years old, and hasn’t looked back since!
Website Facebook Instagram Twitter

The Lollapalooza 2021 lineup by day was released this morning. The lineup includes headliners Miley Cyrus, Tyler, The Creator, Post Malone, and Foo Fighters.

Live-Streaming Concerts and Performances – May

April 30, 2020 Kirstine Walton News Comments Off on Live-Streaming Concerts and Performances – May

Get your live music fix here! Check out out list of upcoming live-streaming performances and fund-raisers from your favorite artists.

Foo Fighters have rescheduled the rest of their Van Tour which was originally slated for April and May 2020.